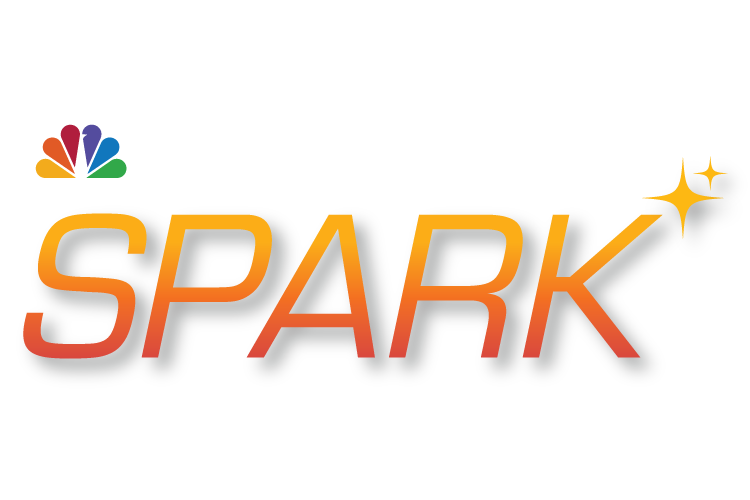 The intersection of health and technology is creating opportunity across the care industry. From testing to big data, prevention to treatments, health tech is yielding new investment ideas and leading the way to a more vibrant future.

Join us in Las Vegas the evening of November 14th for a meeting of the minds focused on innovation in health.

Patrick Conway, MD, MSc, became CEO of Care Solutions at Optum on June 8, 2020. Prior to that, Patrick served as a senior executive in residence at United Health Group and Optum. From 2017-2019, he was President and CEO of Blue Cross and Blue Shield of North Carolina.

From 2011-17, Conway served as Deputy Administrator for Innovation and Quality at the federal Centers for Medicare and Medicaid Services (CMS). In this role he also held the position of Director of the Center for Medicare and Medicaid Innovation (CMMI). Conway joined CMS in 2011 as the agency’s Chief Medical Officer and served as Principal Deputy Administrator and Acting Administrator. As the most senior non-political leader at CMS, he worked in both Republican and Democratic administrations and is considered one of the driving forces behind the national movement to value-based care, with health care payments tied to quality and innovation.

At Blue Cross NC, Conway continued that commitment to delivering the best health outcomes and best service experience at the lowest cost for customers. He led the company to improving North Carolina’s health care system, making health care more affordable and working with doc-tors, hospitals and others to improve quality and value.

A respected leader, innovator, and clinician, he was elected to the National Academy of Medicine (NAM) in 2014, one of the highest honors in medicine. He received the President’s Senior Executive Distinguished Service award, the highest award given to a non-political government leader. He is a practicing pediatric hospitalist and was selected as a Master of Hospital Medicine from the Society of Hospital Medicine.

Dr. Nate Gross is the co-founder and Chief Strategy Officer of Doximity (NYSE: DOCS), the leading digital platform for U.S. medical professionals. He is also co-founder of digital health venture capital fund Rock Health, and serves as affiliated faculty for the Clinical Informatics Fellowship at Stanford. Nate received his MBA from Harvard Business School and MD from the Emory University School of Medicine.

Dr. Maulik Majmudar is a cardiologist and Chief Medical Officer and Co-Founder at Biofourmis, a rapidly growing virtual care delivery and digital therapeutics company. At Biofourmis, Dr. Majmudar leads product, data science, clinical operations, and clinical affairs functions. Prior to joining Biofourmis, he was a Medical Officer at Amazon, responsible for the development and launch of Amazon Halo, Amazon’s first health and wellness focused membership service. Dr. Majmudar was also Associate Director of the Healthcare Transformation Lab at Massachusetts General Hospital, and an Assistant Professor at Harvard Medical School, where he was responsible for the identification, validation, and implementation of digital health solutions to improve care delivery as well as the patient and provider experience. While at MGH, he was awarded an education grant from the Aetna Foundation to launch a new Fellowship in Healthcare Innovation, aimed at fostering the next generation of clinician innovators.

Dr. Majmudar attended Northwestern University Feinberg School of Medicine and then completed residency training in Internal Medicine at The Johns Hopkins Hospital, followed by a cardiovascular medicine fellowship at the Brigham and Women’s Hospital. He also holds two patents and has had several publications in high-impact journals, such as Nature, Circulation, JAMA, and Journal of Healthcare Delivery and Implementation Science.

As a physician-scientist, Dr. Shah has written landmark academic papers on maternal health and health care policy, and contributed to four books, including as senior author of Understanding Value-Based Healthcare (McGraw-Hill), which industry leaders have called "an instant classic" and "a masterful primer for all clinicians." He is listed among the "40 smartest people in health care" by the Becker's Hospital Review.

As a public advocate, Dr. Shah's work to build trustworthy health care systems has earned numerous honors, including the Franklin Delano Roosevelt Humanitarian of the Year Award from the March of Dimes. He is featured in the films Aftershock, which won the Special Jury Prize for Impact at the 2022 Sundance Film Festival, and The Color of Care from the Smithsonian Channel and Executive Producer Oprah Winfrey. Dr. Shah founded the nonprofits Costs of Care and March for Moms, as well as the Delivery Decisions Initiative at Ariadne Labs, a research and social impact program of the Harvard T.H. Chan School of Public Health.

Dr. Shah currently serves on the advisory board of the National Institutes of Health, Office of Women's Health Research.

Deena Shakir is a Partner at Lux Capital, where she invests in transformative technologies improving lives and livelihoods. She is particularly interested in intersectional and underdog entrepreneurs building breakthrough companies to accelerate advances and equity in human and population health.

Since joining Lux in late 2019, Deena has led a number of investments and currently sits on the boards of Maven Clinic, SteadyMD, Alife Health, H1, Adyn, AllStripes, and Shiru.

Prior to joining Lux, Deena was a Partner at GV (formerly Google Ventures), previously led product partnerships at Google for early stage products in healthcare, AI/ML and search at Google, and directed social impact investments at Google.org.

Before tech and venture, Deena had diverse partnership-centric experiences as an aspiring anthropologist, journalist, diplomat, aid worker and technologist. She was a Presidential Management Fellow at the U.S. Department of State under Secretary Clinton, where she helped launch President Obama’s first Global Entrepreneurship Summit in 2010. Her non-traditional path has cultivated Deena’s deep conviction in the potential of breakthrough ventures to positively transform the future and garnered her unparalleled network to help them achieve it.

A Forbes contributor, Deena is a frequent commentator and has been profiled in print and featured in broadcast in publications such as Fortune, Techcrunch, Marie Claire, Business Insider, Bloomberg, CNBC, and the Wall Street Journal. She was named a "top 30 under 40 in healthcare" by Business Insider, "top 9 women to watch in venture capital" by The Wall Street Journal, and "Top 50 in Digital Health" by Rock Health. She is a member of Fortune's Most Powerful Women, Kauffman Fellows, Aspen Finance Fellows and the Aspen Global Leadership Network, the Council on Foreign Relations, and All Raise.

Deena self-funded her education through a variety of merit scholarships and side hustles, including co-founding her first company while still in college. She earned a joint BA in Social Studies and Near Eastern Languages and Civilizations from Harvard (where she delivered the graduation address) and an MA from Georgetown’s School of Foreign Service. She is currently a Lecturer in the School of Engineering at the Stanford Design School.

Jon Fortt is co-anchor of CNBC's "Squawk Alley" (M-F, 11AM-12PM ET) broadcast live from the New York Stock Exchange. Previously, he was an on-air editor based at CNBC's global headquarters in Englewood Cliffs, N.J. Fortt joined CNBC as technology correspondent in July 2010, working from CNBC's Silicon Valley bureau where he covered the companies, start-ups and trends that are driving innovation in the industry. He also contributes to CNBC.com.

He came to CNBC from Fortune magazine, where as a senior writer he covered both large technology companies— such as Cisco, Hewlett-Packard, and Microsoft—and trends, including cloud computing and the smartphone revolution.

Before joining Fortune in 2007, Fortt was a senior editor at Business 2.0magazine where he produced the "What Works" section.

From 1999 to 2006, Fortt wrote and edited at the San Jose Mercury News, Silicon Valley's hometown newspaper. There he contributed to several efforts that won awards from the Society of American Business Editors and Writers.

As a personal technology writer, his coverage duties included Apple, Palm and Adobe. He also served in roles outside the business department, covering education, editing local news and developing technology strategy. As the newspaper's senior Web editor, he helped develop a blog and podcast network, managed the creation of multimedia projects and served on the board of the Associated Press Managing Editors.

Fortt graduated from DePauw University as a Media Fellow, with a B.A. in English.

Chris Scoggins is Vice President of Global Commercial Operations for Abbott’s diabetes care business. During his time in the business, he helped launch and expand access to Abbott’s revolutionary FreeStyle Libre continuous glucose monitoring technology, which is now used by approximately 4.5 million people across more than 60 countries. He has a strong commitment to helping all people with diabetes get access to life-changing diabetes technology.

Thanks to technology for tracking health signals, it’s possible to deliver targeted care to consumers who have been overlooked or misunderstood in the past.

Software built for medical professionals and facilities promises to boost job satisfaction and efficiency. How many of the most important challenges can technology really address?

REGISTRATION FOR CNBC SPARK IS NOW CLOSED. ALL SESSIONS ARE AVAILABLE HERE.

PLEASE EMAIL EVENTS@CNBC.COM TO CONNECT WITH OUR AUDIENCE TEAM. 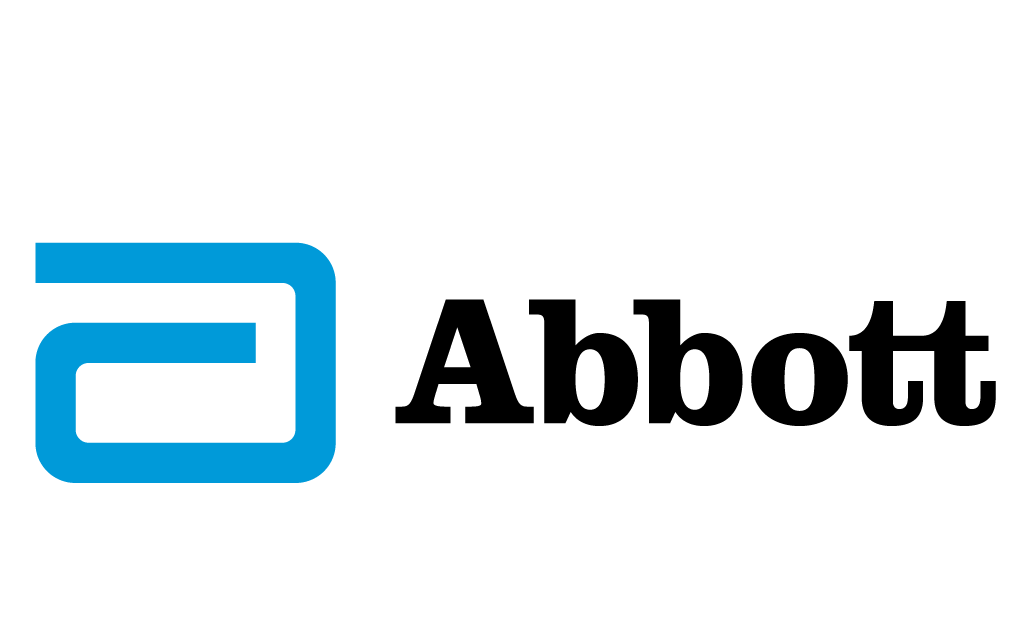 Abbott is a global healthcare leader that helps people live more fully at all stages of life. Our portfolio of life-changing technologies spans the spectrum of healthcare, with leading businesses and products in diagnostics, medical devices, nutritionals and branded generic medicines. Our 113,000 colleagues serve people in more than 160 countries. 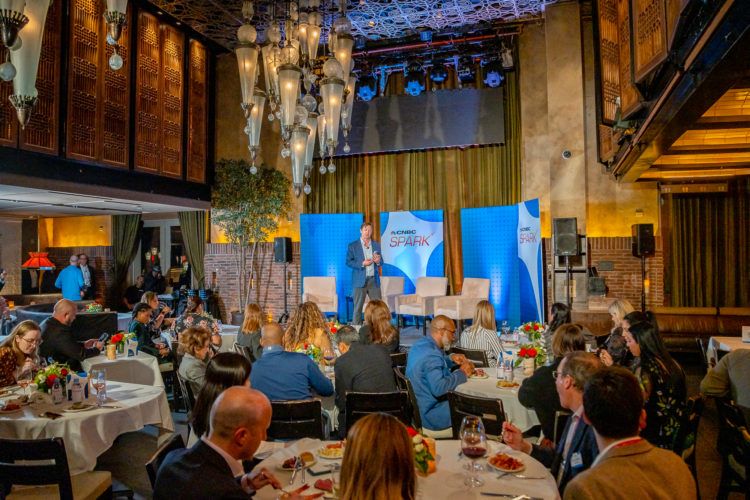 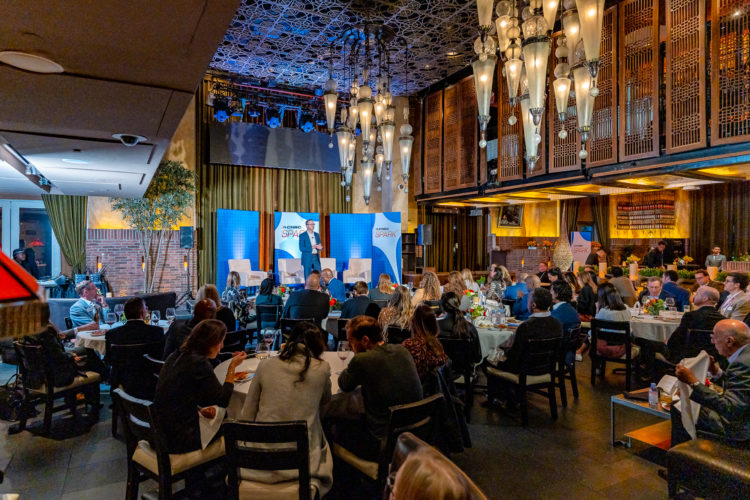 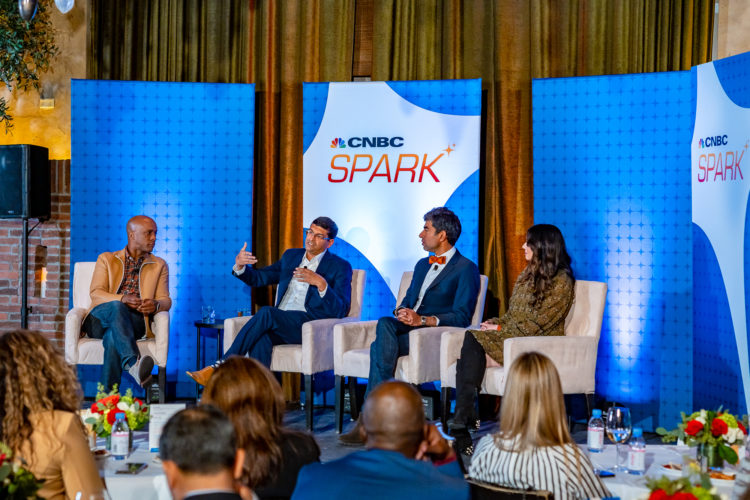 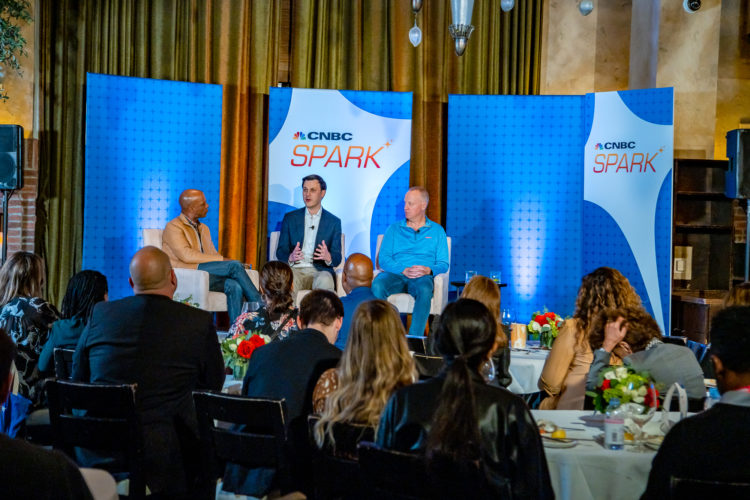 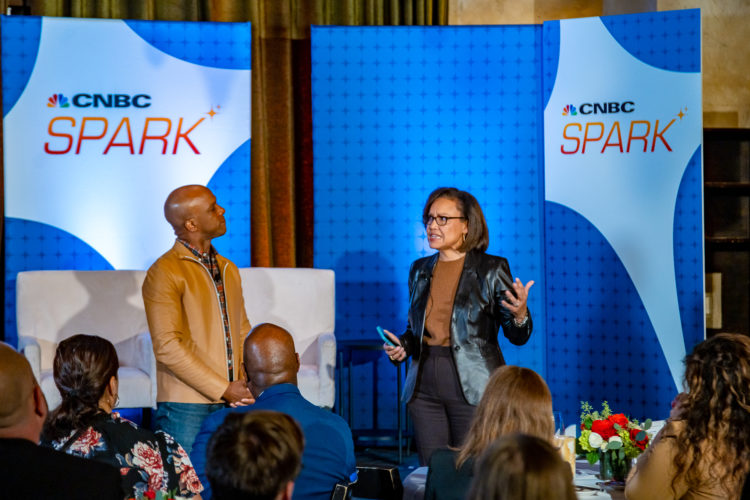 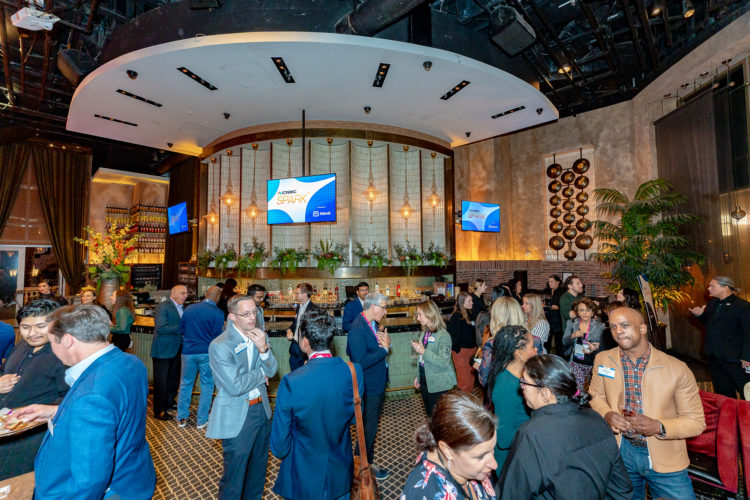